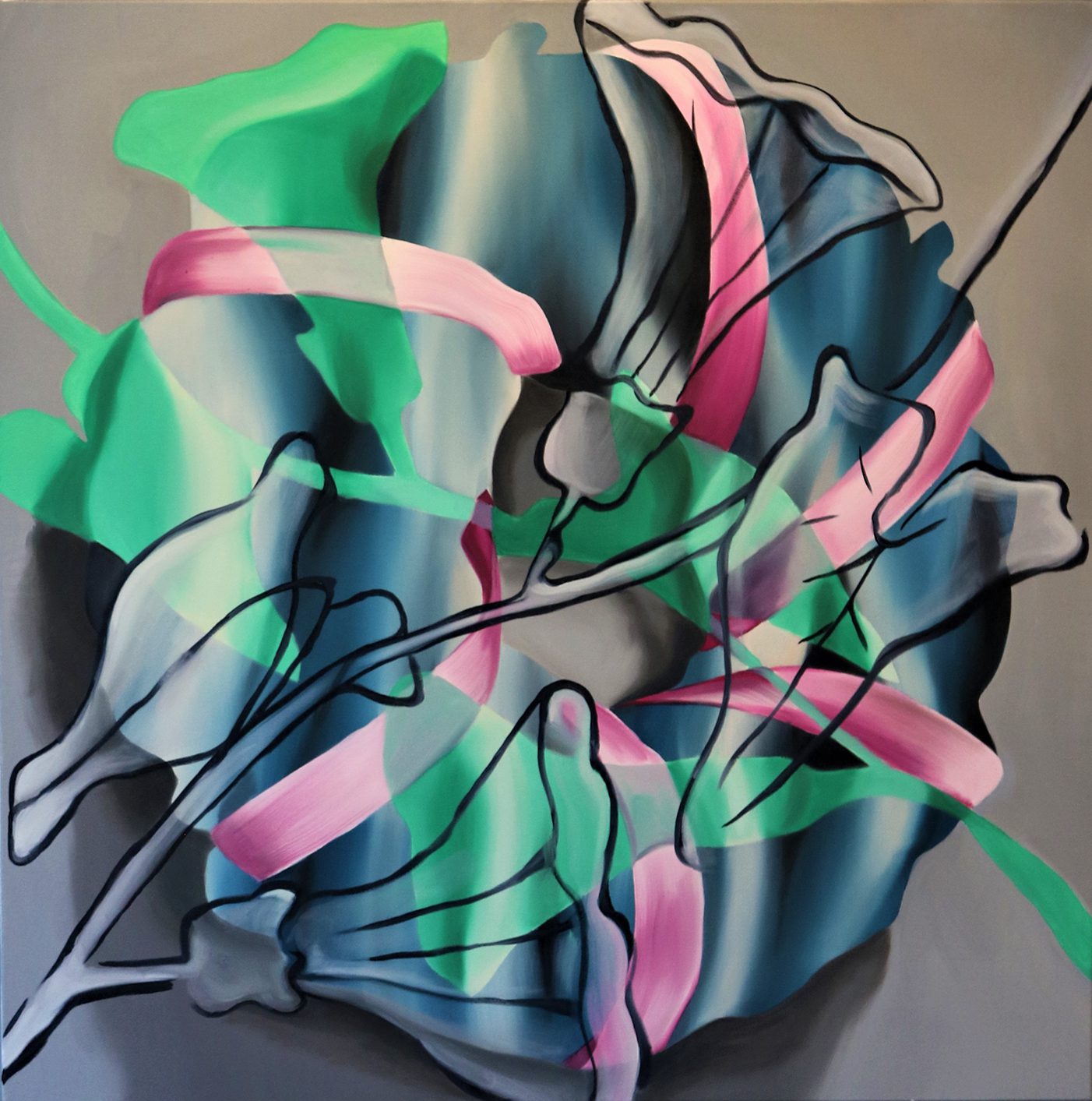 In February, Mirjam Vreeswijk’s first solo exhibition entitled “A Four Season Occasion” took place in an old office in Utrecht. Although the abandoned building lost its original function some time ago, the dusty and gray suspended ceiling reveals that this was once an tax office. Because this building from the ‘80 has both a sober and a ‘glamorous’ appearance due to its walls of imitation wood and marble tiles, this location – due to its contrasting elements – lends itself as an interesting environment to exhibit the works.

The series of paintings shows coherence of different realities produced in a space between mirror and mask, between revealing and concealing the subject. Attention was drawn to the different layers of consciousness that ripple through the surface and the subject of the painting. Narrative and continuity became illusory in this hybrid space, as each work contains new perspectives that combine opposites and defy simple resemblances. Each painting arises from collages that take an intuitive approach, giving the paintings a surreal feel that touches elements of product photography, still life and landscape painting. 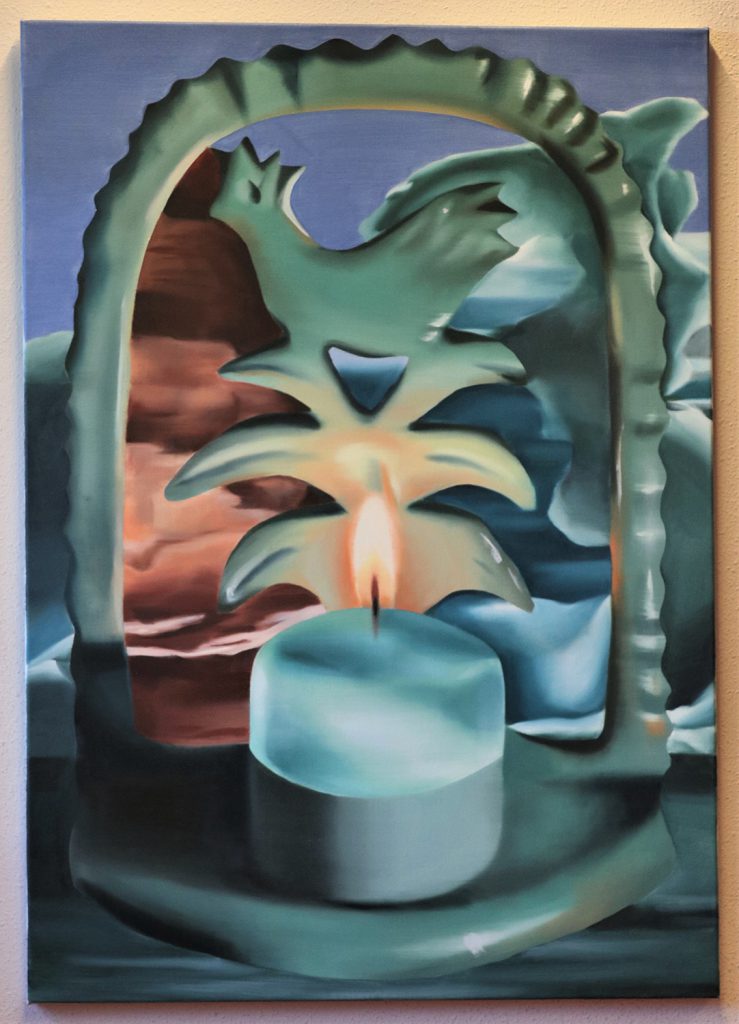 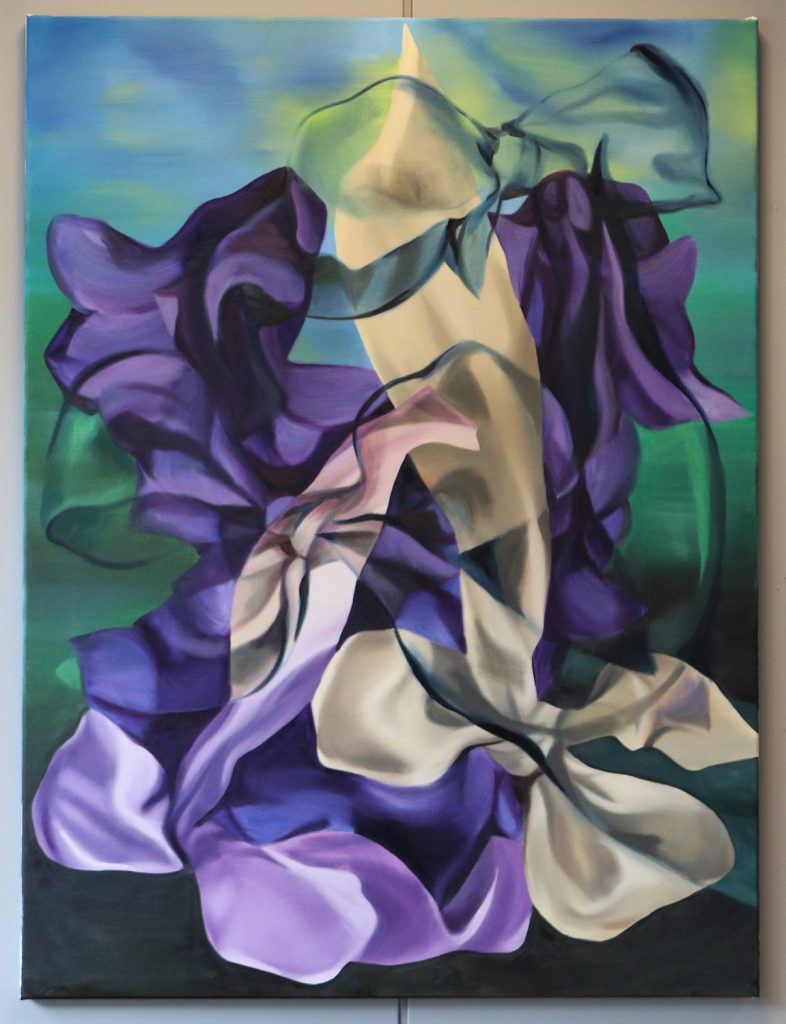 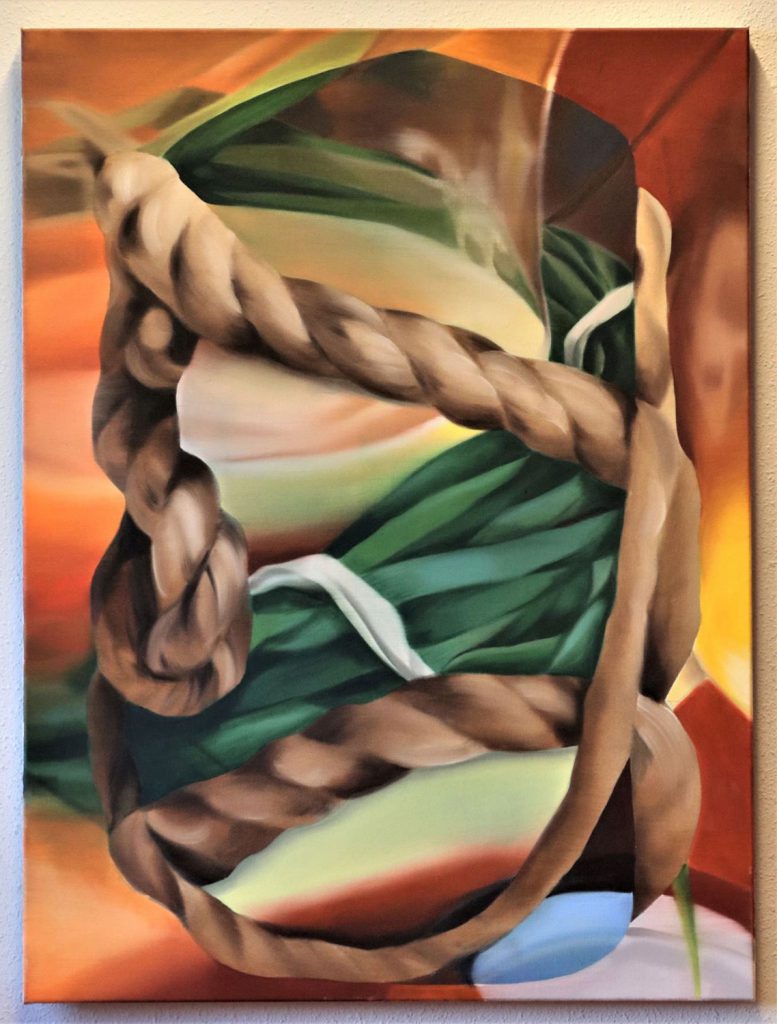 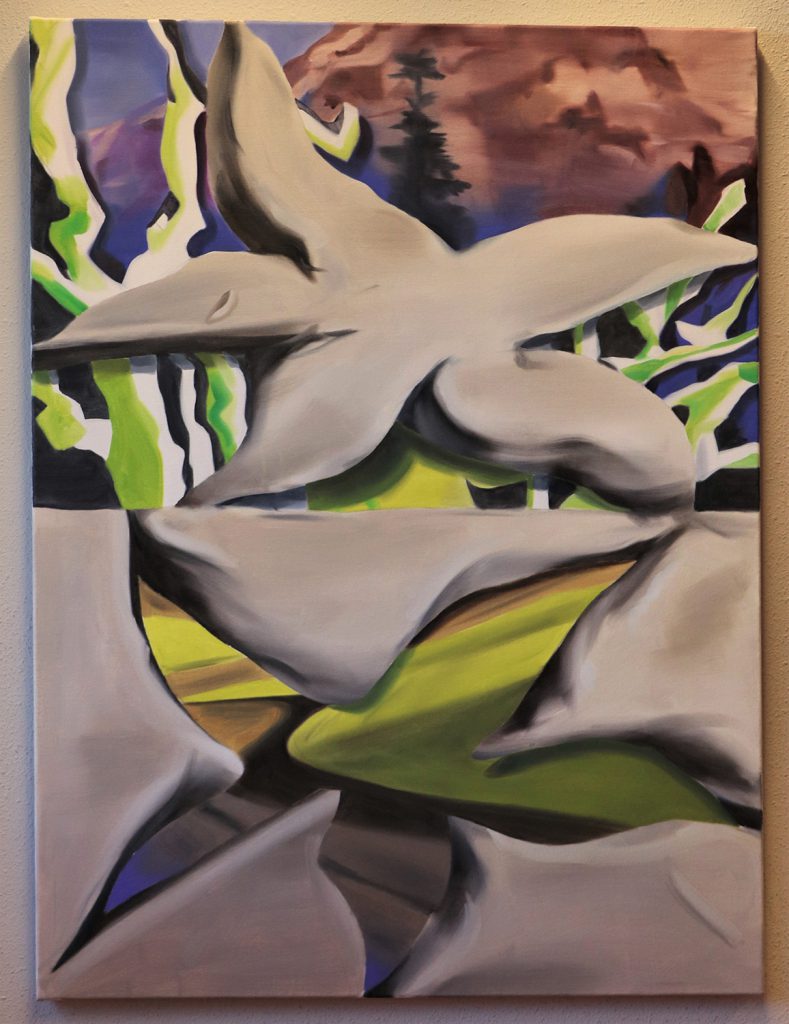 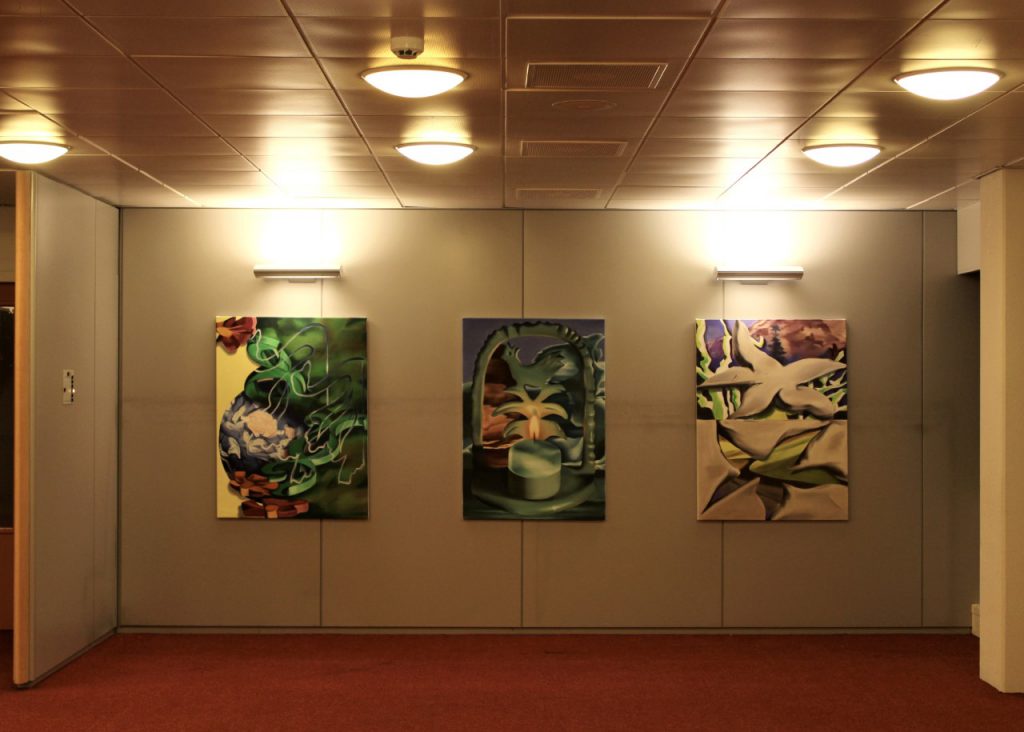 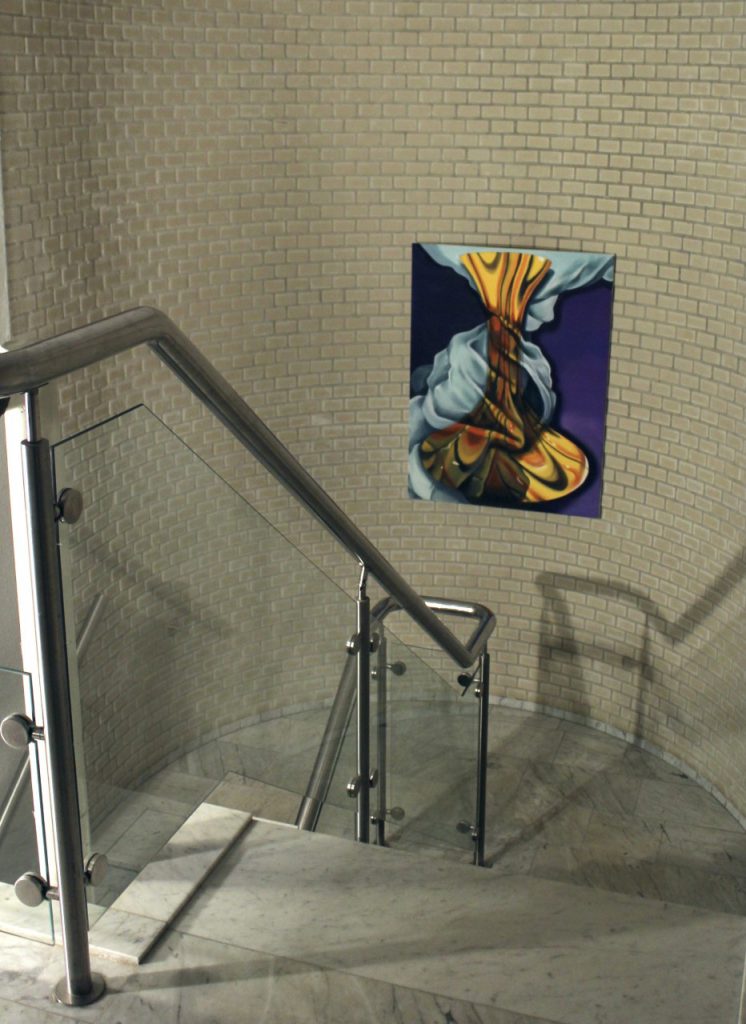